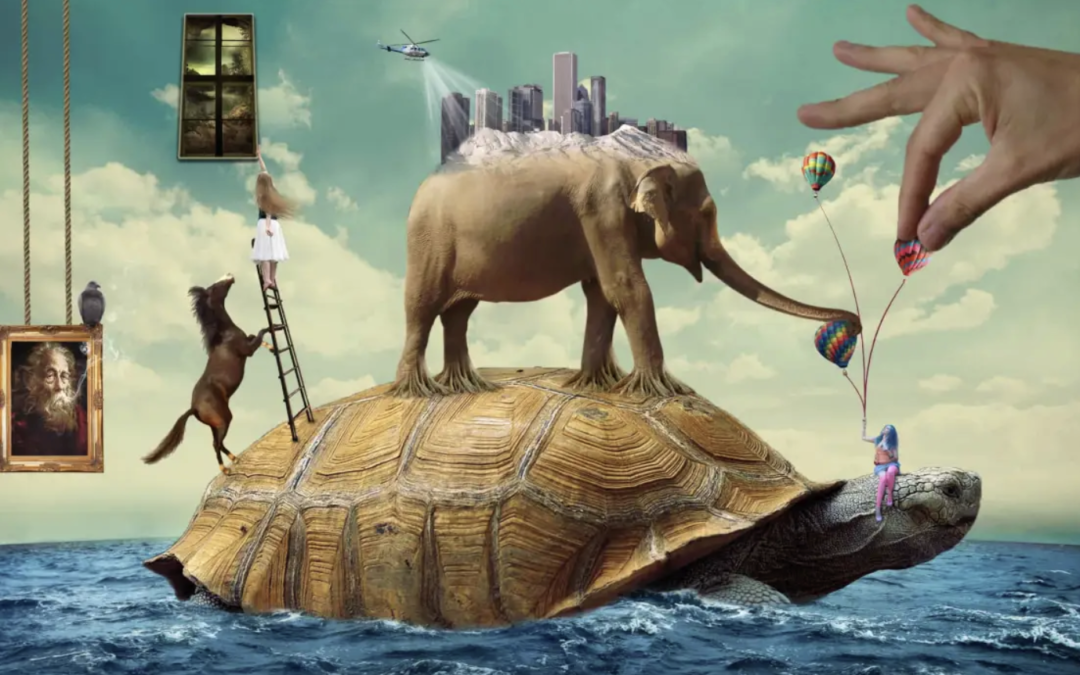 If the world seems surreal … if 2022 has kicked you into a whole new reality … if time is racing on wings … if nothing makes sense anymore (or maybe things are making far too much sense and you don’t like the picture that’s unfolding) … welcome to the club.

Now you know why I’ve only written one blog since March.

It’s kinda hard to say anything while your brain and the matrix you’ve been wired into are melting and you’re coming to realize that nothing in the world around you is really real.

Those are the real things of this world, because all those things are the most connected to our hearts. They’re what nurture us and feed our souls in a back-and-forth, sweet give-and-receive sort of way.

Everything else … is … well, something else.

Ever since the whole Covid mess hit, I’ve been investigating what we call “reality,” because when the whole Covid mess hit I couldn’t believe the “reality” I was caught in. Countries in lockdown? Empty streets patrolled by military police? Towns, cities, states and nations divided over vaccine mandates, lockstep media messaging, the shocking suppression of medical and research information from some of the greatest medical authorities in the world, whole families, neighborhoods and congregations torn asunder while fear ran riot in the streets and across the globe?

The whole thing stank of agendas, greed and manipulation on such a massive scale it boggled my mind. A dark “reality” that, frankly, smelled of evil itself. Mass formation psychosis explained how so many people were suckered into this “reality.” But what/who was behind the event itself?

And what was the mechanism involved?

Billions of people around the world know the plot of the movie The Matrix: The world resides in a computer simulation where almost nobody wakes up to realize they are not living in what’s called “base reality.”

But it’s not just a movie plot anymore.

The matrix is very real. And some of the world’s top scientists in theoretical physics, computational neuroscience and artificial intelligence are close to proving it.

In 2011, James Gates, Ph.D., the Toll Professor of Physics and Director of the Center for String and Particle Theory at the University of Maryland in College Park, was working in the area of supersymmetry—a space-time symmetry where the equations of Force and the equations for Matter are exactly the same.

In the course of his research, Gates discovered computer code buried in the equations that scientists use to describe the cosmos. “It’s a special kind of computer code that was invented by a scientist named Claude Shannon in the 1940s,” says Gates. “It’s not just random ones and zeroes. It’s error-correcting codes for accurate transmission of digital data. … Some of these codes are a special class of codes called ‘block linear self dual error correcting codes.’ These are the codes that we find buried in these equations. … It’s quite remarkable. We have no idea what these things are doing there.”

Ever since computer codes were inexplicably discovered hidden in the scientific equations describing reality, the “Are we living in a simulation?” debate has exploded, with scientists and corporate titans like Elon Musk weighing in saying things like, “The chance that we’re in base reality is one in billions.”

So, what is base reality?

My best bet is that it’s the natural world—mountains and sky, rain and heat and cold, mountain streams and oceans, cuddly puppies and nursing babies, lovers holding hands watching sunsets, and neighbors helping each other out in tough times.

I’ve spent this whole year consciously identifying and extricating myself from the matrix I am now convinced exists—a whole year working at identifying and extricating myself from the anti-life Force I have realized is behind the creation and maintenance of this matrix. I’ve also spent this whole year researching and writing a book about all this called Cracking the Matrix: 14 Keys to Individual & Global Freedom. It comes out December 1.

It’s time to stand up and ask the questions that will lead us out of the matrix and back to base reality. Back to where love resides and flourishes and provides nourishment and sustenance for all.