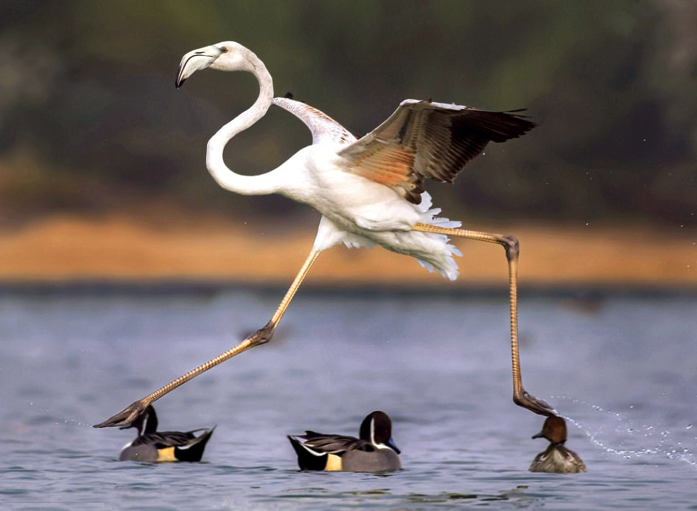 These are bizarre, turbulent, upsetting and, frankly, downright scary times. Humanity is at a turning point that has been a long time coming—a turning point all of us, consciously and unconsciously, having been dreaming into existence for thousands of years. The time when polarity, division, conflict and fear no longer rule. The time when Life is honored and Nature is protected. The time when we hitch up our Big Girl and Big Boy pants, know who we really are, pick up the staff of stewardship and the star of creation that have always been ours, and step into a completely new reality of our own making.

Of course, in unprecedented times like these, we all go through various stages of fear, denial, rage, apathy and confusion — sometimes all at once! But I woke up this morning, unusually clear-headed. And it seemed suddenly obvious that there are really only three major stages in this fabulous transition from the Old to the New. So, without further ado, here they are.

The human race has been deeply hypnotized and programmed for thousands of generations into believing we are sinful, powerless, weak, limited, purely physical beings. Frankly, if I didn’t know from experience that I’m more than just this body I’d be scared out of my fucking mind at this point. I’d do anything … anything … the Powers That Be I looked to for protection and guidance—the people I gave away all my power to—told me to do. If they told me drinking Draino would help, I’d whip up a batch and serve it with supper.

I’d believe what the Gods told me. And who are the Gods? The men and women in white lab coats with stethoscopes around their necks. The heads of government agencies I believe protect me. The news anchors on CNN, FOX, BBC, and CBS. The information gatekeepers at The New York Times, The Washington Post, USA Today and The San Francisco Chronicle. I’d pray, fervently, every day, that these Gods would save me. And in my fear and abject dependency, I’d turn on anyone—anyone—who said a word that didn’t agree with what the Gods endlessly repeated on every media channel around the globe.

Family members, friends, business associates, former icons—famous doctors, NBA stars, politicians, actors—I’ll tune them out. If need be, I’ll tear them apart. I’ll banish them from my house, my family, my mind and my heart … all so I can stay safe in my programmed cocoon of perceived protection.

Oh, and everyone else on the planet needs to follow the rules the Gods decree, just like me.

I’m awake, goddammit. I don’t believe everything I’m told. I’m a thinking human being. I’ve read Sartre and Kant and Camus. I never much trusted government or religion and I always ask for a second and third opinion on matters concerning my health. I’m autonomous. I’ve read hundreds of self-help books. I’ve gone to empowerment seminars and workshops. Maybe I’ve even entered the hallowed halls of New Age spiritual thinking. I am in the driver’s seat.

There are several subsets, directions, beliefs and choices to this step, and sometimes it’s a bit of a mashup!

I don’t believe everything I’m told. But I’ve heard and read enough to believe that going along with mainstream thinking and actions is the correct path for me.

Fuck them all. Life was already tough enough, and now “they” are making everything super damn difficult. Fuckers. But they’re not going to control me. I’m hip. I hardly believe anything the “Powers That Be” say, but I’ll play their stupid game and go along with things just enough to get by. And at the end of all this they can kiss my sweet ass ‘ciao bella!’

Things are going to shit. I get it. Thank God the ascended Masters and 5th-dimensional aliens are going to save our sorry asses and beam us up to the Mother Ship. I’m a believer!

Paul Revere and the Raiders

Holy crap! I’ve got to get the word out. I’ve got to fight this insanity with a counter narrative. No way I’m going along with mainstream Pablum and lies while sitting idly by, watching the world get taken over by the Zombie Apocalypse. I’ll fight with pen and pamphlets. Maybe I’ll march. So what if I alienate my friends and family? It’s hard and painful. But somebody’s got to do it.

I create my own reality

Enough said. What’s wrong with everybody? Didn’t they get the memo?

Oh, for heaven’s sake, wake up. Just love everybody. Love is the carte blanche, never-fail answer.

I don’t know what the third step looks or sounds or acts like because I’ve never been there before. I’m beginning to get an inkling of what it feels like, though. And the few words that come to mind to match the frequency are: Pure, fierce, life force. A coherently powerful alignment with Nature. A groundedness that connects everything and everyone that’s palpable, potent and comes from the gut.

In this “I have no idea” space, all the words and old concepts contained in all the other steps are gone.

Even love is unrecognizable, for it has taken on a whole new dimension and cohesion. It does not judge. But it does not support foolishness and fantasy either. It is hard-core realism. It is indeed the carte blanche, never-fail answer. But it’s not the saccharine, flaccid, treacle-like substance that used to get poured over all and everything.

It is the glue of the higher dimensions and the scorching fire that burns all the dross and bullshit away.

May I be consumed.