Selflessness versus the Self 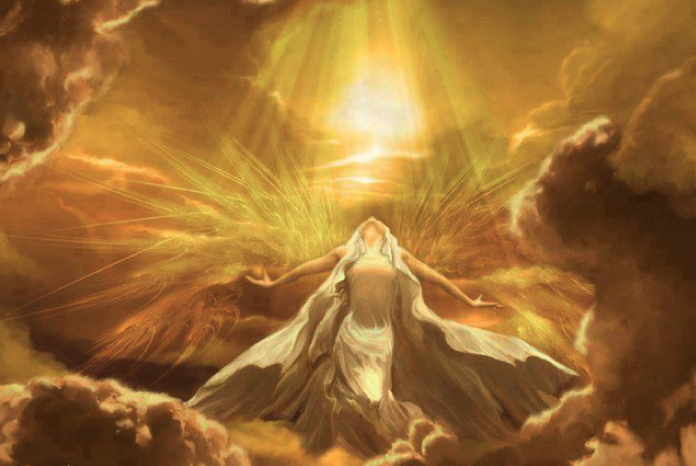 Basically, I’ve been paralyzed to various degrees over this issue for decades. Starting off as a spiritual seeker back in the early 1980s, it was clear from the teachers and books that the ego self was something bad that needed to be transcended—or killed—at the very least taken out back and given a drubbing.

Any sort of self was bad and wrong and not “it.” (God)

But how can you transcend the ego self when it’s everything you think you are and you have no way of clearly stepping away from it to see it? (except meditation) It’s like asking the proverbial fish to eliminate water and replace it with star shine.

I mercilessly pounded my ego for 25 years, not knowing what I was doing, only knowing I should be doing it. About 30,000 hours of meditation later, an awakening in 2007 made it abundantly clear that the little “s” ego self is pure illusion, just like all the Great Ones always said.

Cate Montana is a concept born and raised in the brain of the body I inhabit. The body itself is also ultimately an illusion … if it had keeled over that sunshine-filled morning in October I would have smiled and walked on …

Three days (which I don’t remember) later, ego started coming back. Suddenly “I” was thinking like “cate” again. Or at least her kind of thoughts kept coming up. WTF?

Within a week CRASH! The prison gates slammed shut, hemming infinity into a small dark closet called “human” once again.

A decade of angst and confusion followed. The worst part was knowing there was absolutely nothing I could do to liberate myself — because the self that wanted liberation didn’t exist. Struggling for liberation only tightened the noose of illusion tighter.

Fourteen years later, time has finally eroded the illusion of Cate sufficiently that I can say I’m finally out of the dark closet. YAY! I’m approaching the front door of the illusory house of my humanity, reaching for the door knob.

This is an astounding thing to say — a seemingly arrogant, highly egoic thing to say … so much so that it almost frightens me to say it. Which brings me to the thing I want to talk about.

At the very beginning of my spiritual studies I formed the idea that if I used the word “I”—even in the most elevated and expansive of moments—I was still in the ego. When I wrote The E Word: Ego, Enlightenment & Other Essentials back in 2015, I spoke of that 2007 awakening in terms of being “selfless” and “not self.” I referred to it as I AM consciousness, trying to dodge the truth that there was still a sense of individual identity (of a sort) present those three days of liberation.

It bothered me for years. The goal of selflessness had embedded itself deeply in my awareness. Selfless selfless, you’ve got to be selfless. Don’t use the pronoun “I.” Don’t think in terms of “I.” Be humble. Be desireless. Be nothing and no-thing, nothing, nothing.

This Eastern notion, of course, dovetailed nicely with my original Christian programming of being a lowly worm unworthy of gathering up the crumbs from underneath God’s table.

It has only been through the guidance of my brother in spirit, Yeshua ben Yoseph via the channeled A Course of Love that I have awakened out of the self-imposed trance of selflessness. (ha!)

The goal is not selflessness. The goal is not to become a nobody, a desireless (and thus creation-denying) blob of protoplasm wandering aimlessly around the planet, humble, ineffectual and “spiritual.”

The goal is to be the awakened Self … Christ-in-mass expressing the original desire of creation: divinity experiencing form, dancing in form, creating through form with no terrified ego in sight. No self-awareness or identity as a human. Rather full awareness of divinity in apparently individual form: all-loving and limitless, one with all, unique but not special, having a blast creating a new heaven and a new earth.

Atman as Brahman … until even that effulgent Self gets tired of the play and effortlessly dissolves fully back into All That Is.