The Power of NO!” 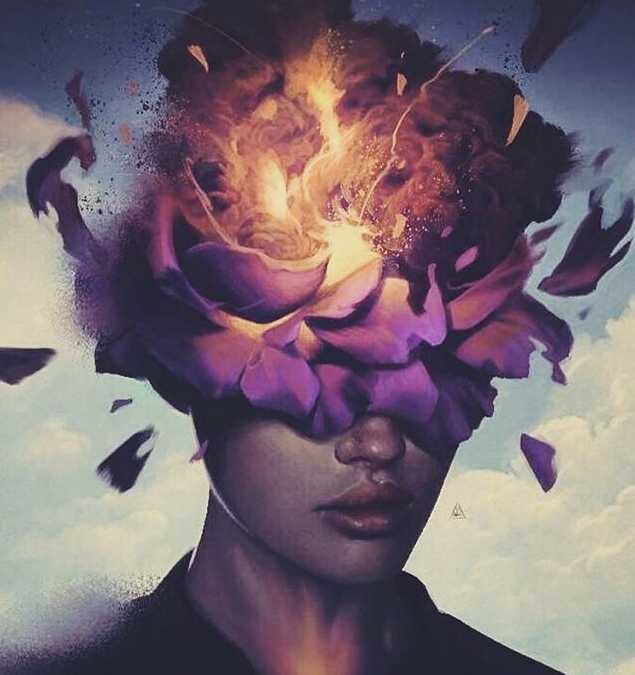 My head exploded the other day. Not in a chaotic blast of incoherence, but rather with a fiery cold fury that blossomed and bloomed around me, providing light and life and possibilities.

It doesn’t matter the final straw … oh okay … I’ll share. The final straw was getting sent a spam product key for Office Suite from Microsoft after buying a new mac from Apple. I spent 3 days trying to get a solution out of the two corporate behemoths, bouncing from one electronic redirect page to the next, talking to one barely comprehensible “support” person after another. Finally, early Sunday morning, I solved the whole thing myself.

By that time, I was a babbling idiot, walking around my house, raving to the air about computers, corporatocracy, Covid, conspiracies, child trafficking, Canada, censorship and cornbread with GMOs … you name it. And I hadn’t even had my morning cup of coffee.

Leaving the house in search of breakfast, the lack of choices smote me—a buffet of mediocre corporate offerings—Starbucks, McDonalds and Burger King.

Crappy coffee harvested in some third-world country by child labor—or at the very least underpaid migrant workers. Crappy GMO-laden, sugar-filled, agri-chemicals and additive-laced, highly refined shit food shoveled out the door by the ton to a mindless horde of US consumers willing to accept whatever offerings the corporate moguls with only profit on their minds cared to produce.

Really? Those were my choices?

I thought of the Canadian truckers freezing their asses off in Ottawa, standing resolute for one basic human right and principle: FREEDOM of CHOICE. The police confiscating their food and firewood and fuel, the government buying up all the hotel rooms so no more Canadian citizens could come join the protest, their bank accounts being frozen, their children being threatened with Child Services and removal from their homes because their parents were” unfit domestic terrorists.” The tear gas and billy clubs and cudgels raining down on peaceful protestors’ heads—“compliance tools” wielded by police at the behest of cowed government “leaders” owned by the WEF and World Bank who can’t even hear the call for freedom anymore.

Which brings me to my point.

As good “spiritual people,” we’ve been programmed into believing that anger is not “nice.” That it’s not “spiritual.” We’ve been programmed to believe that some sort of vague, “no-mind” state is the ticket to enlightenment—an emotionally cauterized state where we putter along in a vacuous vanilla-filled world of Sweetness and Light, thinking of butterflies and unicorns while hoping, through our intent, to manifest a winning lottery ticket so that life here on Earth will be more pleasant as we strive to reach our ultimate destination which is OUTTA HERE!

OUTTA HERE is my ultimate destination? Why?

Because I haven’t aligned myself with LIFE sufficiently to care enough about LIFE to create a reality where living on Earth is worthwhile.

Bottomline: If you’re not mad as hell right now about the state of this world and what’s being perpetrated on humanity, there’s something wrong with you. You’ve been unhooked from reality and programmed to such a degree that you’re not functioning as a true spiritual being functions—which is full-spectrum, full-on, fully capable of ALL possible appropriate emotions and actions.

Look — I just woke up from the “spiritual niceness” daze myself. Okay? Just a few weeks ago I was writing about how it’s more spiritual to be “for” something than “against” something. Like there’s something wrong with being against something. (Oh, but it’s a negative perspective and we shouldn’t be negative! Yadda yadda.) Holy God! If somebody tries to put something in my body against my will—or my child’s body—I’m AGAINST it and will shut that shit down to the fullest capacity I’m able.

I’m whole, expressing wholly, fully, appropriately, at maximum capacity, gaining power and momentum like an avalanche of Nature—unstoppable and divine.

Me? What is my Whole Immaculate Pure Self doing? I’m writing this and sending it to you as a clarion call.

I’m researching and sending out information to journalists around the country. I’m using my innate divine gift of communication to stand up for what’s right. I’m doing me. The Full Monty.

Now go do you.